Despite living in London, all too often I feel my social life is stuck in a bit of a rut; a cycle of overpriced meals out and equally expensive cocktails.  Earlier this week I was starting to feel the cultural-withdrawal symptoms set in, and duly scanned the Ministry of Curiosity’s wonderful events listings to find myself a quick shot of something cerebral.

I discovered Medicine Matters – a series of evening talks at the Chelsea Physic Gardens (held to celebrate the opening of the new Garden of Medicinal Plants) – which was unfortunately almost at the end of its run. Still, I managed to scoop a ticket to the last instalment: a talk from Ross MacFarlane, Research Engagement Officer at the Wellcome Library, which looked at “Medicine, marvels and mesmerists” from the Renaissance to the late nineteenth century.

MacFarlane gave us a delightfully quirky potted history of ‘quack’ medicine, introducing us to some of its most colourful characters. His aim, however, was really to deconstruct the very idea of ‘quackery’, questioning our received view of a hard-and-fast line between orthodox and alternative medicine. He showed that many of the so-called ‘quack’ medics were really part of the same “constellation” as their elite peers (indeed, some even numbered among the elite).

A couple of Victorian medics made the roll call. First up was English physician John Elliotson. He worked for University College Hospital from 1834, and was one of the pioneers of using the stethoscope in clinical practice. But at the same time he was also fascinated by mesmerism, carrying out experiments with mesmeric anaesthesia and delivering public demonstrations.

MacFarlane then introduced us to the Sequah sellers of late nineteenth-century Britain. Despite its resolutely Wild West image, the Sequah Medicine Company was actually started by a Yorkshireman. Trading in heavily-branded prairie flower and Indian oil, it became so popular its founder soon employed other salesmen, known as ‘Sequahs’.  They used the conventional quack sales technique of a travelling medicine show, with public demonstrations of, among other things, speed-dentistry. The company’s successes were short-lived however: founded in 1887, it went into liquidation less than a decade later, after the Government declared that selling patent medicines in such a way was illegal. Sequah’s story  is brilliantly told in more detail over at the The Quack Doctor blog here.

Performance was a key theme in MacFarlane’s talk, with showmen and stages dominant motifs. He highlighted that in a consumerist medical culture, where patients paid for their clinical encounters, it was they who yielded the power. There was a sense of ‘shopping around’, and the best quacks were those who had a knack for marketing their products.

The changing power balance between doctors and patients is a subject that really interests me, and something I’m hoping to explore during the course of my doctoral studies. I think it’s a subject that really resonates with twenty-first century society, with our discourse on patient rights and empowerment. We seem to approach the doctor/ patient relationship under the impression that it is always the medics – with their specialist knowledge – who have held the power and modern initiatives in the NHS often seek to redress this. Looking back at a time when patients were the ones behind the proverbial steering wheel (at least until the latter part of the nineteenth century, perhaps) is fascinating.

While MacFarlane opened up many stimulating questions during his talk, he chiefly looked at some of the personalities behind the ‘quack’ medical profession – the perfect light introduction to the subject on a sunny summer eve. 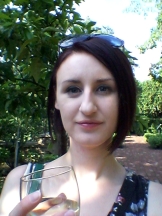 The talk was teamed with a (generous) glass of wine, and the chance to explore the beautiful Chelsea Physic Gardens after hours.  Tucked away not far from the Thames (a stone’s throw from the National Army Museum and Chelsea Pensioners’ Home), these beautiful gardens were wonderfully serene in the evening (see photo evidence!).

There were borders exploring a diverse range of medicinal plants, and others looking at the use of plants across the globe. I particularly enjoyed the Garden of Useful Plants, which highlighted the inestimable benefits of harnessing horticulture.  As well as charting the use of plants in home furnishings and cosmetics, we saw its impact on art and literature (including the influence of opium). It was also here that I made the incredible discovery that sunflowers helped break down pollutants in the soil after Chernobyl. I felt a little bit in awe of my surroundings after that!

The gardens were also littered with fun facts about the history of the place. The Chelsea Physic Garden, which was founded in 1673 by the Worshipful Society of Apothecaries to enable their apprentices to study the medicinal qualities of plants, has enjoyed a long and illustrious history. While the nineteenth century was hardly its heyday (here it went into decline, with the Apothecaries finally giving up management of the garden in 1899), I was naturally on the lookout for information about its Victorian visitors and nineteenth-century horticulture, botany and medicine.

I wasn’t disappointed. For instance, I discovered that in 1864 the National Association of Medical Herbalists was founded in Britain – the first such professional body for herbal practitioners in the world. I also learned that in 1877 the Society of Apothecaries opened the Garden to (shock horror!) female students, in order for them to study not medicine – but botany. For they considered that “one of those branches of Knowledge… peculiarly fitted for the female mind”.

I thoroughly enjoyed my evening exploration, and highly recommend a trip. My one word of caution would be that it’s not an inexpensive day out. I’d suggest heading over to spend the whole day there (it’s not huge, but some visitors were also using the lawn as a sunbathing spot), or plumping for a (not much steeper) evening event.

I think my only disappointment with the evening was that the ticket price – at fifteen pound a pop – made it a somewhat inaccessible event (particularly if anyone had been hoping to attend the whole series of talks). Of course, considering how much I can shell out for a round in London, it’s very little, but I did wonder if the price tag was what prevented the event from being more diverse. From a bit of eavesdropping, it seemed the majority of audience members were local Chelsea residents, and I was sad not to see a more ethnically/ socio-economically diverse group for an event with a potentially pretty wide appeal.