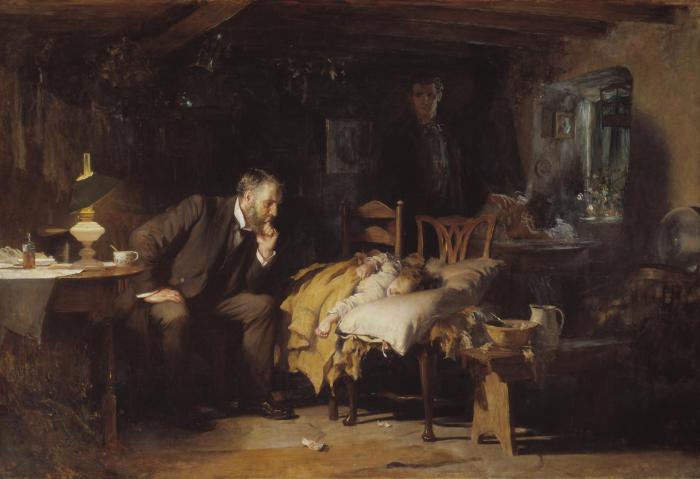 ‘You must study mankind as well as medicine, and also bear in mind, when acting upon diseased bodies, that they are possessed with hearts and minds that have strong passions, warm sentiments and vivid imaginations, which sway them powerfully both in health and disease.’[i]

In its opening pages, Jukes de Styrap’s The Young Practitioner (1890) – an advice guide intended for aspiring medical men – offers an idealised portrait of the doctor-patient encounter. He counsels his readers to attend to patients’ emotional as well as physical needs, effectively advocating a holistic approach to healthcare. While de Styrap’s nuanced understanding of the interactions between practitioners and patients seems to anticipate twenty-first-century concerns, his book is also a fascinating insight into how medical practice was conceptualised at the close of the nineteenth century.

For those wishing to enter the medical profession in the Victorian period, advice manuals such as this were useful sources of guidance on navigating opportunities that might be available, attracting and retaining patients, and building a remunerative practice. Professional advice manuals began long before the nineteenth century – Advice to a Young Physician by Sir John Floyer (1649-1734) is a striking early example – but they flourished in this period, alongside the expansion of the professional classes. There were general advice guides for young men – including H. Byerley Thomson’s The Choice of a Profession (1857) – as well as those focusing on medical careers in particular, such as Charles Robert Bell Keetley’s The Student’s Guide to the Medical Profession (1878) and Herbert De Carle Woodcock’s The Doctor and the People (1912). In addition, there were books aimed at those interested in pursuing specific roles, such as A. Vavasour Elder’s The Ship-Surgeon’s Handbook (1911). Advice literature was a burgeoning genre in both Britain and the United States, and de Styrap acknowledges his debt to Webster Cathell’s popular American manual The Physician Himself (1882).

Though he addresses his advice to young medical men, de Styrap was 75 by the time the guide was published and he had already enjoyed an estimable career. After studying at King’s College London, he worked in Ireland during the 1830s and 40s. He subsequently set up practice in Shrewsbury, where he held positions at the Salop Infirmary and South Salop and Montgomeryshire Infirmary. He founded the Salopian Medico-Ethical Society and sat on the Shropshire Ethical Branch of the British Medical Association. In 1864 he suffered a severe illness and had to retire from active clinical practice.[ii] Nevertheless, he remained a prominent member of the profession, producing A Code of Medical Ethics (1878) and a work on medical Tariffs (which reached its fourth edition by 1888) – both of which were well received by the profession.[iii] By the time he published his advice book then, he was already a well-known name among professional circles.

In writing The Young Practitioner, de Styrap participates in a broader tradition of advice literature and engages with themes common to the genre (such as how to overcome early struggles in practice). His emphasis on patient care and privileging of interpersonal skills is rather distinctive, however. He is careful to educate readers on balancing their scientific knowledge with sympathetic responses – he suggests that bedside observation is as important (if not more) than the use of scientific instruments, and emphasises that practitioners must learn to ‘unite knowledge of physic with an intelligent comprehension of the thoughts, feelings, and desires of mankind’ (p. 2). In short, de Styrap suggests that the young practitioner must learn how to respond to his patients not simply as cases, but as complex individuals.

As part of this, he discusses what behaviour and conduct are appropriate for the bedside. For instance, he tells his readers, ‘[b]e careful to approach the sick, rich and poor alike, with noiseless step, with kindly hopeful greeting and gentle, thoughtful speech’ (p. 34). While some contemporary medical commentators complained about attending to impoverished or ill-educated people [iv], de Styrap is generally sympathetic to the needs of the poor. His patient-centred approach cuts across class boundaries.

Elsewhere, however, his model of doctor-patient relations becomes more problematic, particularly when he discusses male attendance on female patients. In an apparent instance of nineteenth-century mansplaining, de Styrap suggests that, ‘[o]n visiting the sick-chamber, it is better, as a rule, to give attention to the conversation of the husband […] and to address your opinions, explanations and remarks to him’. While acknowledging that this is ‘temporarily disloyal’ to the woman, he implies it is important for the doctor to avoid arousing jealousy, since overlooked husbands may become frustrated and ‘create trouble’ (p. 87). Likewise, he cautions doctors against accepting as patients ‘married women or young females [who wish] to consult [them] secretly’ (p. 110). Avoiding gossip or scandal is seen to be an important consideration for the young practitioner, and other commentators also advised against being overly ‘attentive’ to female patients. [v] To maintain his personal and professional reputation, the medical man is expected to conduct his work openly, though this raises professional questions about privacy and confidentiality.

De Styrap’s guide is as much about good conduct as good medical care and it contains a range of strictures on everything from how to arrange one’s consulting room to how to dress. Ultimately, gentlemanly behaviour is regarded as important for upholding one’s dignity and the standing of the medical profession. This was seen as particularly crucial in a period when general practice was still divesting itself of its old associations with trade. Nevertheless, de Styrap also deals very explicitly with the business or commercial aspects of medical practice. For instance, he suggests that, once a practitioner has treated his patient, ‘[b]usiness is business and should always be regarded as such’ (p. 200). He recommends that practitioners submit their bills early (while the care is still fresh in patients’ minds) and gives advice on how to tackle patients who are persistently tardy in paying their fees. De Styrap shows a nuanced understanding not only of the doctor-patient encounter but of managing relationships with one’s clients. He is both sympathetic and pragmatic in his approach, and presents good business sense as honourable and legitimate.

Upon its release, The Young Practitioner was reviewed by the British Medical Journal. The review notes that ‘[t]he standards which [de Styrap] sets up for our conduct towards the public and towards each other is perhaps almost too high’, though it adds that ‘it is well that the standard should be put high’.[vi] The esteem in which it was held is significant – for while The Young Practitioner does not necessarily demonstrate the reality of doctor-patient relationships at the fin de siècle, it is an important insight into the values and ideals about patient care that were circulating among the profession.